The Child: Works by Gottfried Helnwein features a major theme that has appeared in his work over the last thirty-five years. For Helnwein, the child is the symbol of innocence, but also of innocence betrayed. In today’s world, the malevolent forces of war, poverty, and sexual exploitation and the numbing, predatory influence of modern media assault the virtue of children. Robert Flynn Johnson, the curator in charge of the Achenbach Foundation for Graphic Arts, has assembled a thought-provoking selection of Helnwein’s works and provided an insightful essay on his art in this exhibition catalogue.

Helnwein’s work concerning the child includes paintings, drawings, and photographs, and it ranges from subtle inscrutability to scenes of stark brutality. Of course, brutal scenes—witness The Massacre of the Innocents—have been important and regularly visited motifs in the history of art. What makes Helnwein’s art significant is its ability to make us reflect emotionally and intellectually on the very expressive subjects he chooses. Many people feel that museums should be a refuge in which to experience quiet beauty divorced from the coarseness of the world. This notion sells short the purposes of art, the function of museums, and the intellectual curiosity of the public.

The Child: Works by Gottfried Helnwein will inspire and enlighten many; it is also sure to upset some. It is not only the right but the responsibility of the museum to present art that deals with important and sometimes controversial topics in our society. The Fine Arts Museums’ past exhibitions of contemporary work dealing with such ideas have included the art of Hung Liu, Robert Arneson, Enrique Chagoya, Fred Wilson, and Adi Nes. This exhibition also allows us to exhibit for the first time a major donation to the Fine Arts Museums, Gottfried Helnwein’s 1998 painting Epiphany II (Adoration of the Shepherds). The generous gift of Martin Muller, this imposing painting is a key work in Helnwein’s art of the 1990s. 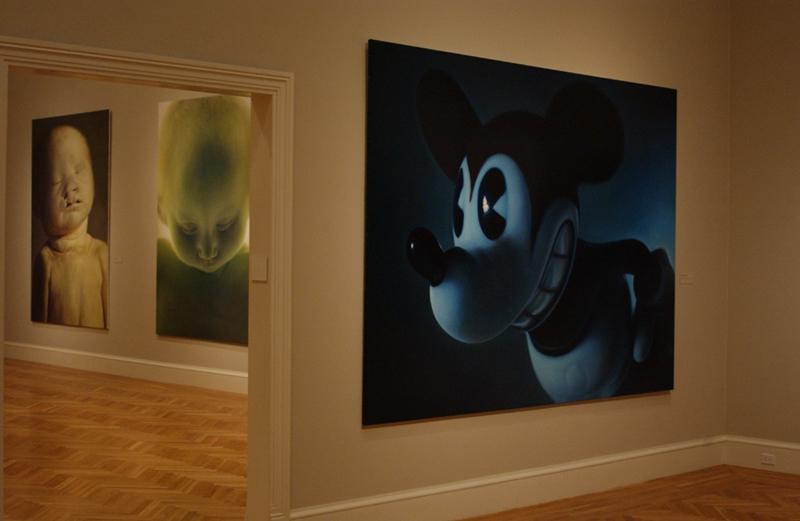 24-Hour Hotline
415.863.3330
Fine Arts Museums of San Francisco
About the Legion
* The Legion of Honor is a three-quarter-scale adaptation of the 18th-century Palais de la Légion d’Honneur in Paris.
* Between March 1992 and 11 November 1995–its 71st anniversary–the Legion underwent a major renovation. The renovation included seismic strengthening, building systems upgrade, restoration of historic architectural features, and underground expansion that added 35,000 square feet.
The Legion of Honor, San Francisco's most beautiful museum, displays an impressive collection of 4,000 years of ancient and European art in an unforgettable setting overlooking the Golden Gate Bridge.